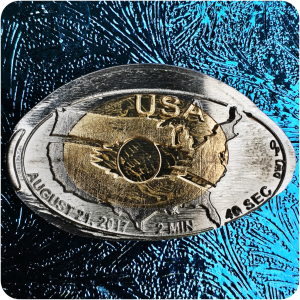 This uncirculated elongated coin has been pressed on a Mexican Nuevo Peso (Bi-Metallic Aluminium-bronze center in Stainless Steel ring) minted by the United Mexican States.