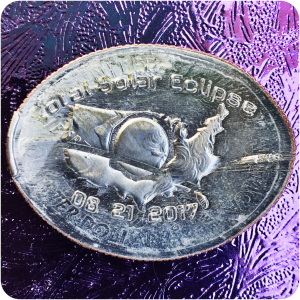 This uncirculated elongated coin has been pressed on an U.S. Copper-nickel Missouri State Quarter (twentyfive-cent coin).